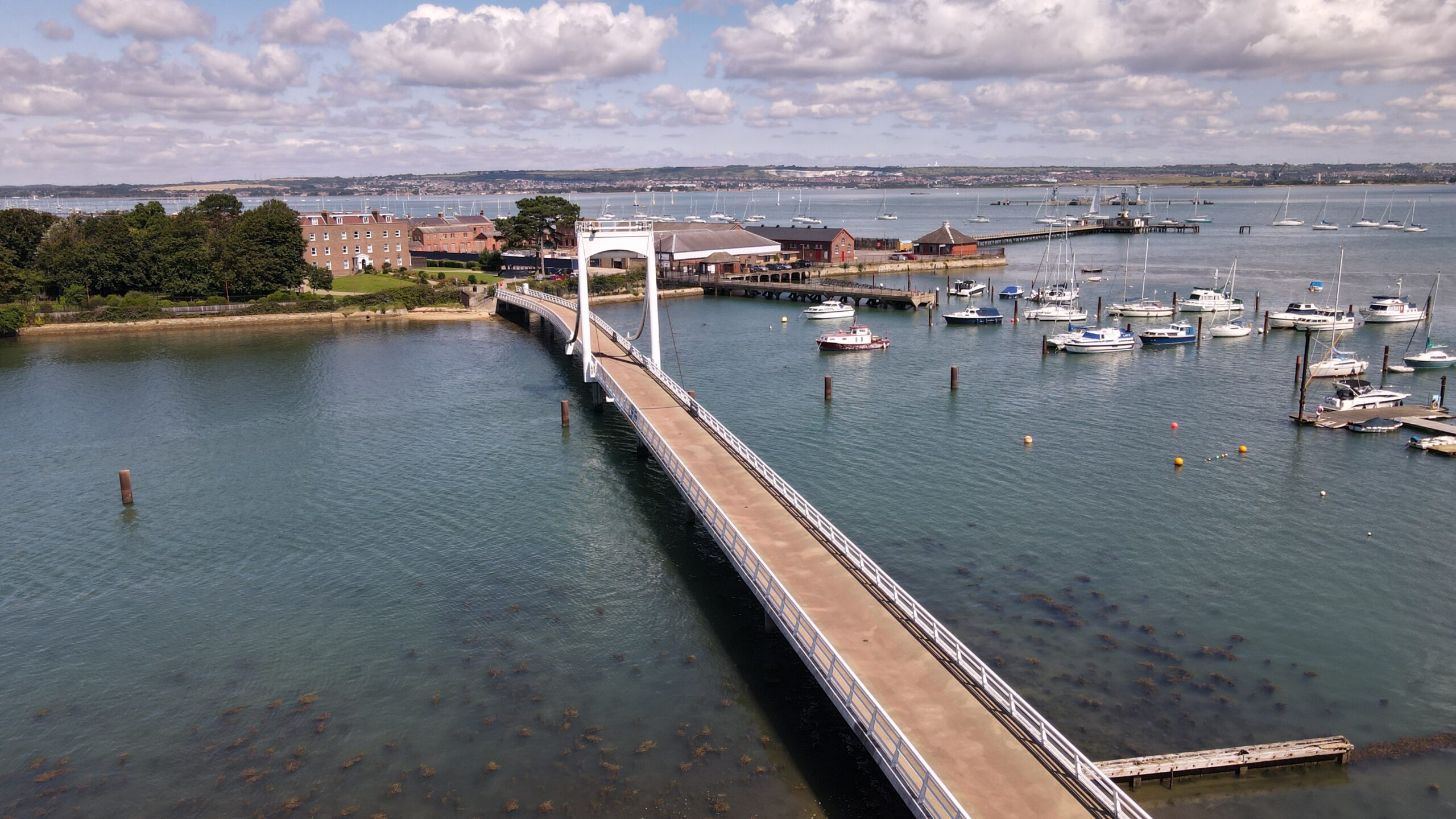 The Friends of the Millennium Bridge was created following the success of the ‘Across The Creek’ 21st Anniversary event held during Heritage Open Days in September 2021.

We wanted to celebrate the Bridge’s birthday this year because it is vital link for the local community, something we only truly begun to appreciate when it became a hub for people’s permitted daily exercise during the first Covid-19 lockdown in March-May 2020.
…. And 21st Birthdays are more important than 20th Anniversary’s anyway!

As we dug into the history of the Bridge, we became more and more intrigued by it’s story – why it was there, its construction, the awards it had won…and what its future might be.

Sadly the Bridge had been neglected for quite some time, it was grubby, and the opening mechanism for the lifting bridge was broken (leaving boats stuck in Forton Creek). We realised that the Bridge needed more than a celebration. It needed some Friends…

Aims of the Friends…

We are in the early stages of planning a new documentary film about the Bridge and will publish next steps on this website soon. We are keen to hear stories from people who remember the old (disused) MOD bridge and watched the new Bridge being constructed.

Please get in touch via the Contact Us page if you are interested in sharing your stories.

Planned for when the central opening mechanism is operational again. More news on that when we have it.

Founders of The Friends…

Kathy moved to Gosport for work over 15 years ago and Forton Creek and the Millennium Bridge soon became one of her favourite places to be.

Now working in Creative Media Kathy has a background in environmental and community work plus a passion for promoting green travel and tourism.

Kathy co-founded Cycle Gosport and often helps with Gosport Heritage Open Days. Now she is sharing her love of bridges and encouraging people to appreciate one of the best things about Gosport!

Philippa moved to Royal Clarence Yard in 2009 and the bridge is one her favourite daily walks or rides.

She retired from publishing in 2015 and is currently Secretary of the Royal Clarence Marina Residents Association (RCMRA).

Philippa has a keen interest in local planning issues and is passionate about the environment, local heritage and improving access for people with all forms of disability.